Are we overstepping the mark? 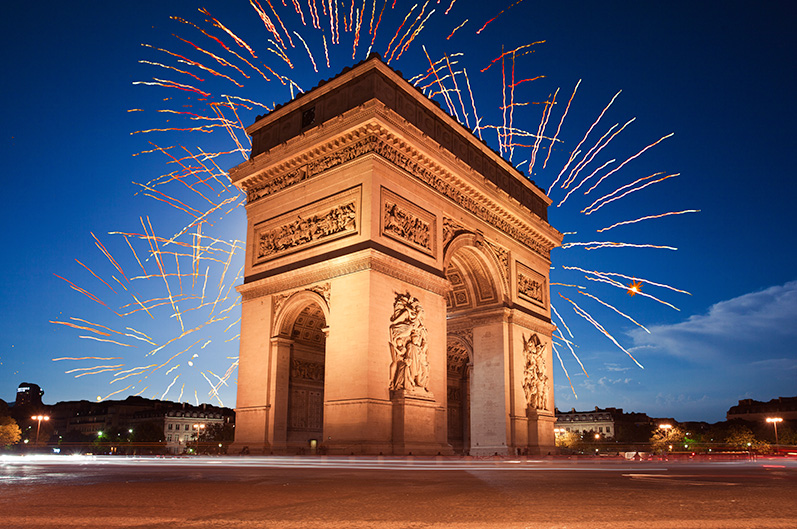 Recently, I read two articles dealing with situations in which copyright and/or breach of intellectual property rights are being alleged in circumstances involving: –

1. a certain Ms Kardashian in respect of whom it is reported that she has complained that individuals who copy her position in photographic poses somehow infringe her intellectual property rights [https://www.techdirt.com/articles/20141104/04581429032/attention-kim-kardashian-you-cant-sue-another-woman-having-big-ass-instagram-account.shtml]; and
2. the suggestion that tourists taking photos of the illuminations of and near the Eiffel Tower in Paris at night are somehow infringing the rights of the authors of the illuminations [http://www.managingip.com/Blog/3400846/IPR-appeal-hearing-Facebook-MPHJ-Eiffel-Tower-Federal-Circuitthe-week-in-IP.html].

It goes without saying that the actual work involved in creating and displaying the illuminations relevant to the Eiffel Tower at night may well be an artistic work, of a fashion.

However, and without going into whether there is any local French law directly relevant to the point to change the common copyright position, I see how the person who took the photograph entitled to assert the existence of copyright in the photograph.

However, in both instances you really have to wonder about whether any lawyers involved in asserting the relevant rights are not overstepping the mark [sorry to use a sports word here but I don’t mean in the intellectual property sense of Mark].

The general position at law is, of course, that one cannot have copyright in a mere idea.

That Ms Kardashian may well choose to project herself in a particular position in a particular pose is one thing. Pushing the view that one can have copyright or other intellectual property rights in how one stands is quite another. I can’t see her assertions successfully grounding a trade mark.

Are lawyers supporting the views expressed in the two numbered paragraphs above not doing the law and themselves a disservice by seeking to extend particular intellectual property rights protection beyond the boundaries properly set by law?

If the situation reportedly being asserted in Paris is to have its logical conclusion, would not photographers of New Year celebrations in any number of major world cities where illuminations are part of the festivities, the breaching rights of the authors of the illuminations?

If so, I can only imagine pyrotechnicians would be rubbing their hands in glee at the prospect of this new source of revenue.